Country music superstar Jo Dee Messina has been out on the road for the last several years, visiting cities all throughout North America. Last night, Messina brought her talents a lot closer to home when she performed at Leiper’s Fork, Tennessee’s Green’s Grocery at a “Closer to Home” benefit show.

Joining Messina on the bill were Closer to Home founder and Grammy Award nominee Michele Pillar and Saturday Night Live alumna Victoria Jackson. Pillar began the evening with her beautiful new song “Untangle Me,” followed by a leave-you-in-stitches standup routine, complete with a ukulele, by Jackson. Messina rounded out the night with a sixty-minute full band set, interlacing some of her nine No. 1 hits with new music and faith-based covers.

As always, what can be said about Messina is that she let it all out for fans — energy, personality, and vocals — causing the intimate room to burst at its adorably rustic seams. Along side Messina were just over one hundred background vocalists, helping her sing every well-known song and sitting back in awe and amazement as she belted those less recognized.

Despite being closer to home and having a room full of people Messina calls friends and family or sees at church and while out running errands, the incredibly impressive singer-songwriter stayed completely true to herself and the structure of her show, which can best be described as honest and forthcoming. Admitting, as she often does to crowds of strangers, Messina’s life has taken twists and turns over the last few years, leaving her beautifully broken. With that admission comes stories, passionate performances, and immeasurable spirit and poise. The show came to an end with the jam-packed audience rising to its feet to salute a local musical hero who induced chills and tears at an already emotionally driven event.

From the Williamson Herald

Closer to Home helping neighbors who have fallen on hard times 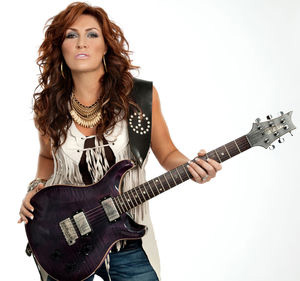 Sometimes it’s little things that change people’s lives for better or for worse.

During the past 17 years Closer to Home has been helping neighbors in Williamson County who have fallen on hard times with some of those little things. It could be something as small as fixing a broken window to providing food, clothing or a temporary shelter.

To accomplish its mission, Closer to Home relies on the “kindness of strangers” to provide the funding. On Sunday, Oct. 2, two shows starring recording artist Jo Dee Messina and former Saturday Night Live comedian Victoria Jackson at Green’s Grocery in Leiper’s Fork will benefit Closer to Home. Show times are 2 and 6 p.m. Doors open at 1:30 and 5:30 p.m.

Patron tickets are $1,000 for two seats and general admission tickets are $125 each. Each show includes a meal and libations along with top-notch entertainment and plenty of neighborly conversation.

Call 615-591-7292 for tickets or more information about Closer to Home and the event. Tickets are also available in Leiper’s Fork at Sereniti Maison.

Closer to Home came about when Grammy-nominated award winner Michele Pillar caught sight of a broken window in a simple little home.

“In 2000 I was driving down Goose Creek when I saw the home of an elderly couple had a broken window covered in duck tape and thought, ‘I could do something about that window’,” said Pillar. “So I called my friend Aubrey Preston and said I wanted to do something for people closer to home.”

At the time, she had been producing the Salvation Army’s annual Angel Tree concert at the Ryman, but was ready for a change.

Pillar and Preston met with then-Juvenile Court Judge Lonnie Hoover, who advised using third party professional services for referrals to preserve the dignity of those being served.

“I know how to produce a large show but I don’t know how to straw pick who needs help,” Pillar said. “Closer to Home tries to catch people right before they fall through the cracks into a bottomless pit. It’s just temporary but often that’s all people need.”

The first professional organization to come on board was juvenile services and the first client was an 18-year-old young man who was working to get custody of his orphaned brothers and sisters who were in the foster care system.

“He thought he had fulfilled all that was necessary, but as he stood in front of Judge Robbie Beale he was told he still wasn’t in compliance,” Pillar said. “He lacked one item – a clothes dryer. Judge Beale then said. ‘We just happen to be giving away dryers today.’”

Later that day Sears delivered and installed a new dryer, purchased by Closer to Home, and the young man had his family together again.

Raised by a single mom, Pillar knows firsthand how the addition of little things going wrong after bigger things have already hit hard could put one’s life into a tailspin. Closer to Home means for needy families, individuals and children to get a leg up and find hope before they end up spiraling into the bottomless pit of despair.

“We’ve helped a lot of single mothers but one of our biggest needs are chemo patients,” Pillar said.

Closer to Home purchased books for a young single mom going to college, food for a single mom and her children when they were hit with unexpected car repairs, clothes for four abused children who came to their foster family with just the clothes on their back, and provided help with utility bills for grandparents, single parents and elderly cancer patients for a variety of reasons.

“We raise money and using third party referrals, we help people in a way that allows them to preserve their dignity,” Pillar said.